A Chinese lion dance performance is commonly mistaken for a dragon dance in most Western countries. In our performances throughout Australia, we often hear our lions referred to as dragons.

In Chinese mythology, the dragon represents the Emperor and is one of the most powerful animals. It is represented as a very long and scaled creature with 4 legs. The dragon is the heavenly counterpart of the snake and will hence appear serpentine. Accordingly, a dragon in a dragon dance is a long creature that’s supported by multiple (sometimes dozens of) performers who hold the body up on sticks.

In contrast, the lion from Chinese mythology is based on the historic Asiatic lion which was found in Central Asia several millennia ago. The depiction of the lion in Chinese tradition also corresponds to the lion’s heroic qualities and will hence differ from the animals we see today. A lion in a lion dance requires two people, one to control the head and the other to control the tail. Because of its compact size, the lion is ideal for most performance spaces and can perform the tricks and feats of agility our school is famous for. 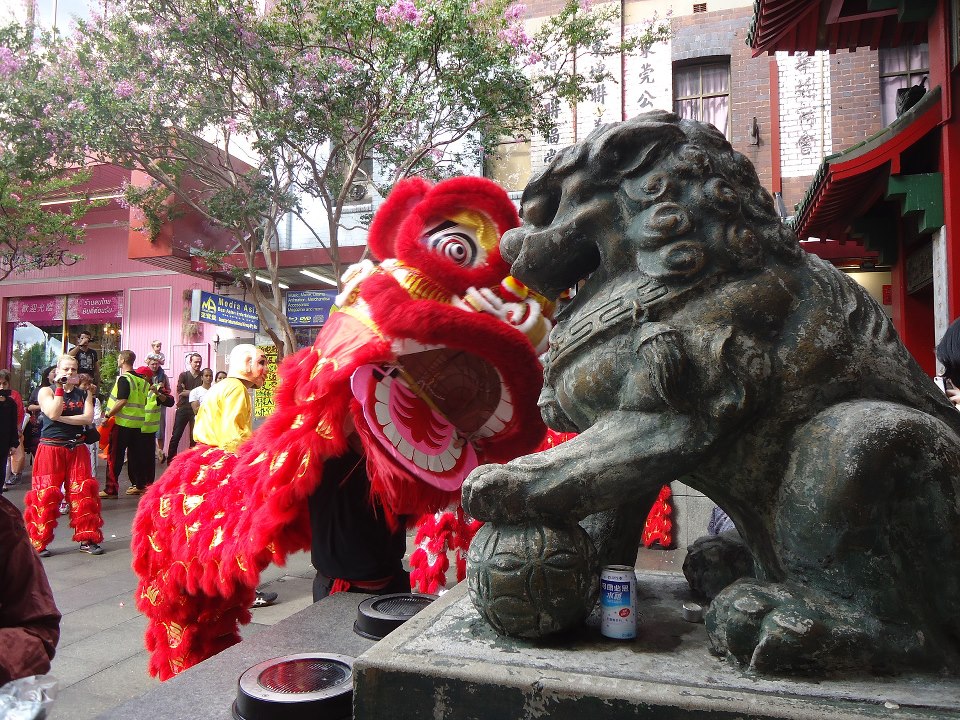