Parts of a Lion Dance

A lion dance typically involves from 6-20 performers who have one of the following roles.

A Southern Chinese lion consists of two people (although the actual participants will often rotate). The head leads the lion and sets the pacing, direction and footwork. The person performing the head controls the lion’s blinking, the movement of the ears and mouth as well as all the head angles.

The person in the tail uses the traditional stances of Choy Lee Fut kung fu to complement the head’s movements. Sometimes they also form the basis of acrobatic tricks, such as when the person doing the head stands on their hips or shoulders. Chinese tradition allows only two men or two women in the lion with no mixing. Our team consists of both male and female lions. 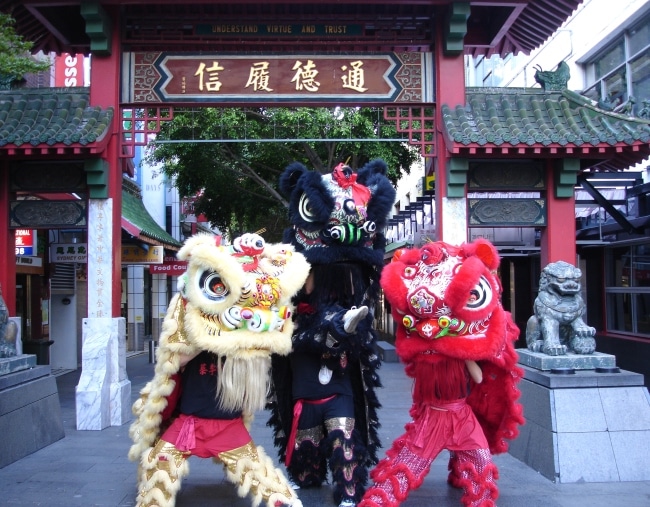 The big head Buddha (Dai Tou Fut) is an accompaniment to traditional lion dances. The Buddha acts as a comical diversion, sometimes teasing the lion, sometimes leading it with the fan, sometimes interacting with the crowd. Besides the rattan fan, the Buddha has a long yellow robe. 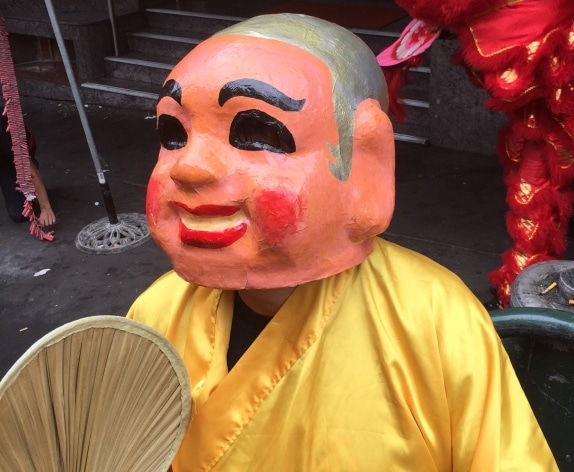 The drum represents the heartbeat of the lion. It sets the pacing for the lion dance and helps create the atmosphere. Each martial school has a distinctive drumming style and Choy Lee Fut is no exception. There is also a special beat for every type of movement/routine the lion is performing.

The gong and cymbal represent the thoughts of the lion. They accompany the drum to create the full routine sound. Traditionally, the noise of the drum, gongs and cymbals are considered to chase away evil spirits — which is especially important for Chinese New Year. The gong has a distinctive high-pitched sound and there is usually only one per performance. There are multiple cymbals providing a lower background noise.

These are lit during the lion’s performance. In traditional Chinese culture, they are associated with warding off evil spirits and scaring them away with their noise. The red debris that are left behind are considered good luck. 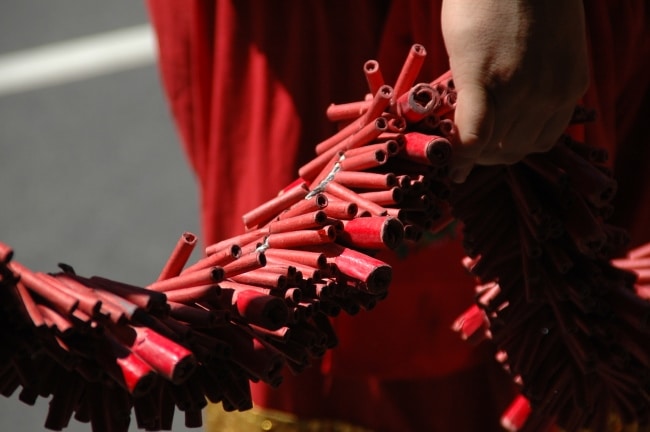